During June I managed to complete 10 or so models as part of my Daughters of Khaine army (did someone say new book? :)) 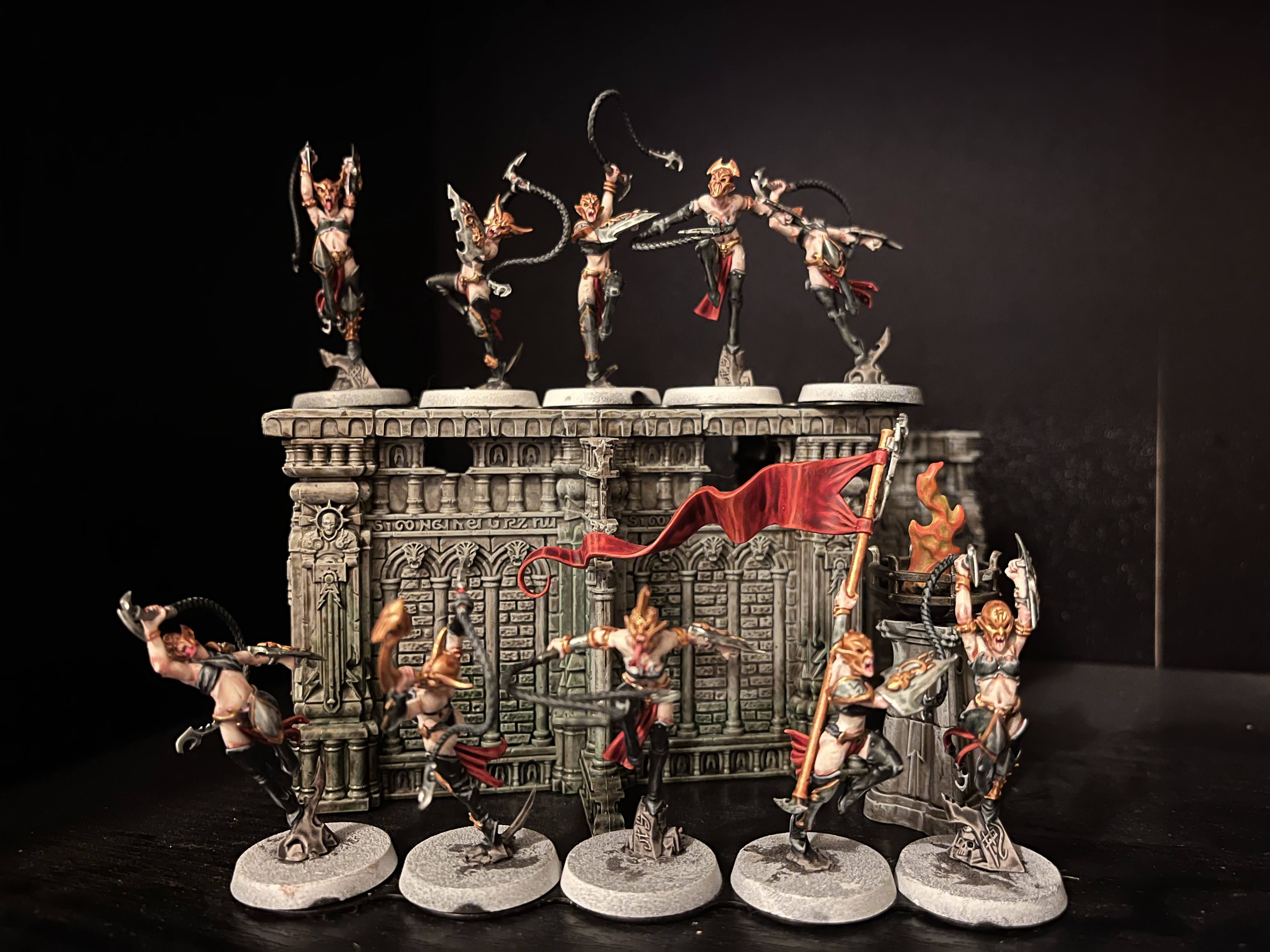 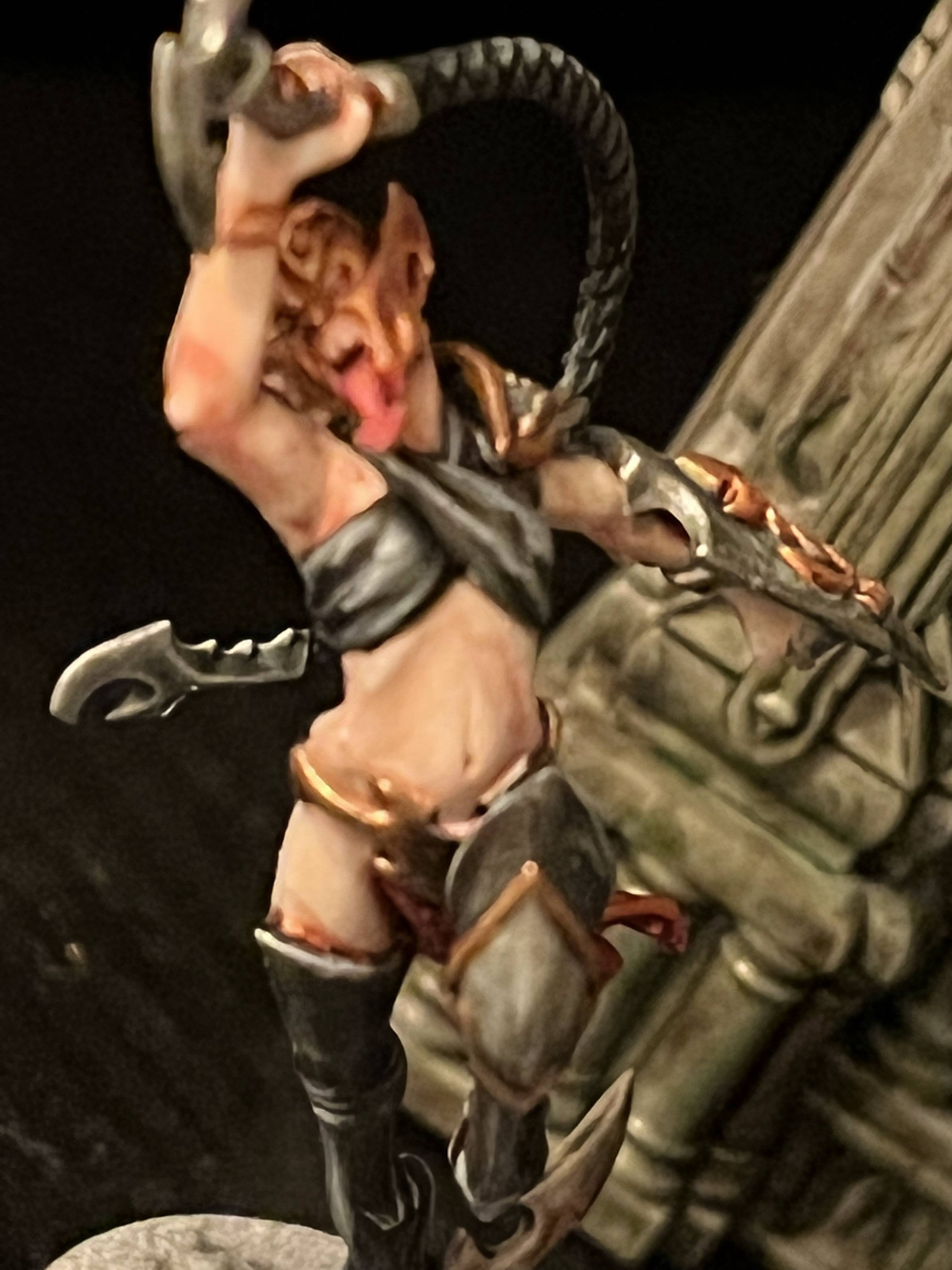 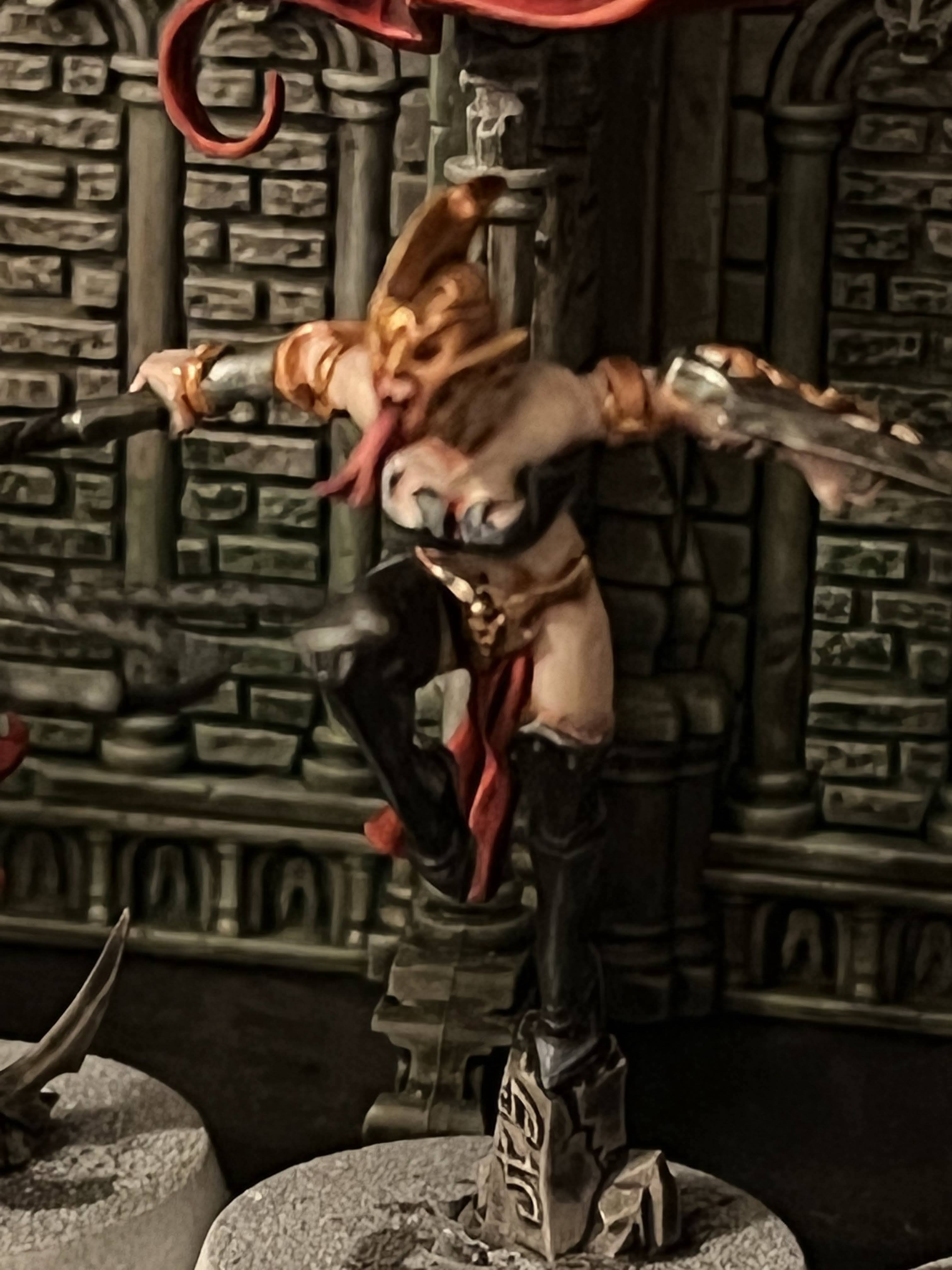 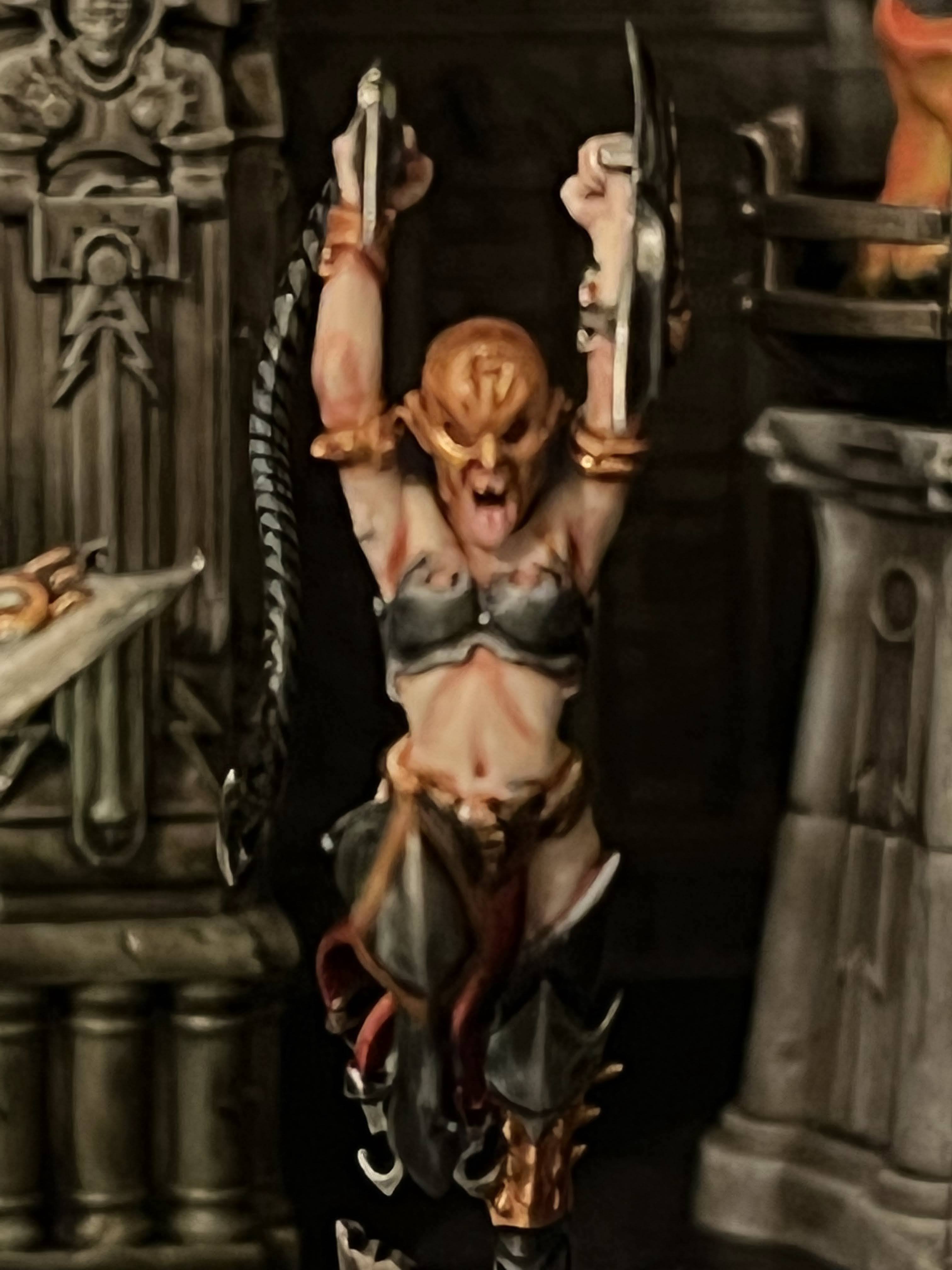 To do these, I followed the excellent contrast paint based tutorial over at JuanHildago Miniatures and their ‘Eavy Contrast - Daughters of Khaine (Witch Aelves) tutorial. I just adjusted it slightly for Sisters of Slaughter. During July I intend to follow it more rigidly for Witch Aelves proper.

I’ve written before about how much I love Warcry, its a great game. Games Workshop announced a change to the Warcry setting at their last preview event, and have announced another preview event next weekend. So I thought I’d write down some of the things I’d like to see.

Reactions in the main game

Reactions were introduced in a Tome of Champions 2020 as part of ‘Pit Fights’ and my small gaming group love them, we include them all the time anyway :) It would be great to see these in the main ruleset and maybe have an expanded range? :D So we can do something cool with those singles!

I love my little warband, I feel every attack they make, and unfortunately, every hit they take :S I’d love more depth in terms of developing my warband between fights. Be that through something ‘traditional’ like XP or something different, I want to feel a sense of my warriors adapting as individuals through the battles they face. I love penalties just as much as I love bonuses. Let me get a wounded leg and hobble my movement, let me get a scar and intimidate my enemies.

Create more unique warbands that aren’t Chaos aligned. Maybe aren’t even aligned to any of the major factions in Age of Sigmar :O I love the vast majority of the Warcry sculpts, they are so full of character. Lets explore the vastness of the Mortal Realms.