August was slow hobby wise for me, we had other concerns (I was civil partnered! Yay! Go Us!), which means I only painted a few models (aside from the 70 I finished painting and basing for our guests! But in the rush I forgot to take pictures of those :().

I did this Vargskyr using the tutorial from the excellent Tale of Painters website, you can find that ‘here’ 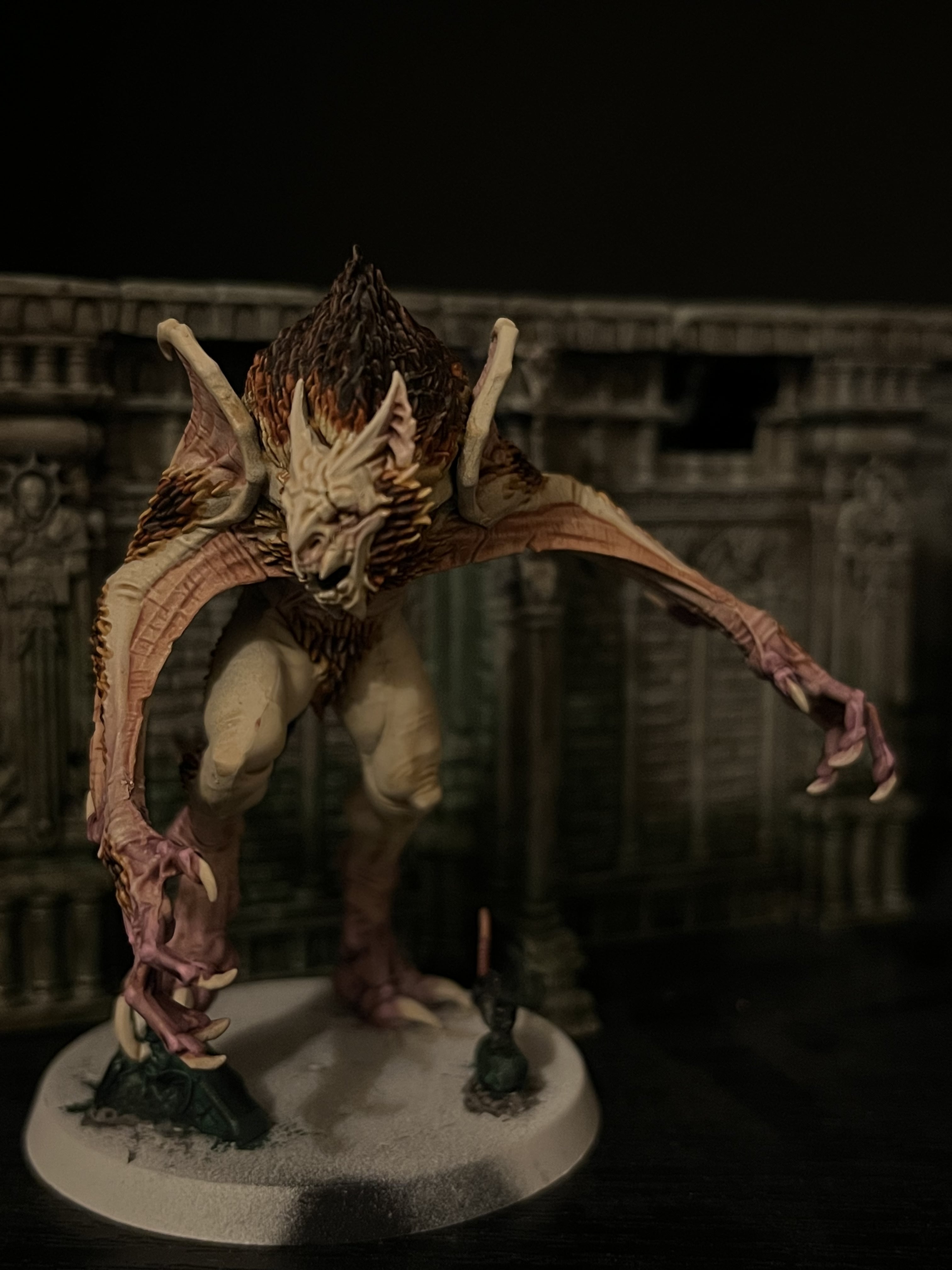 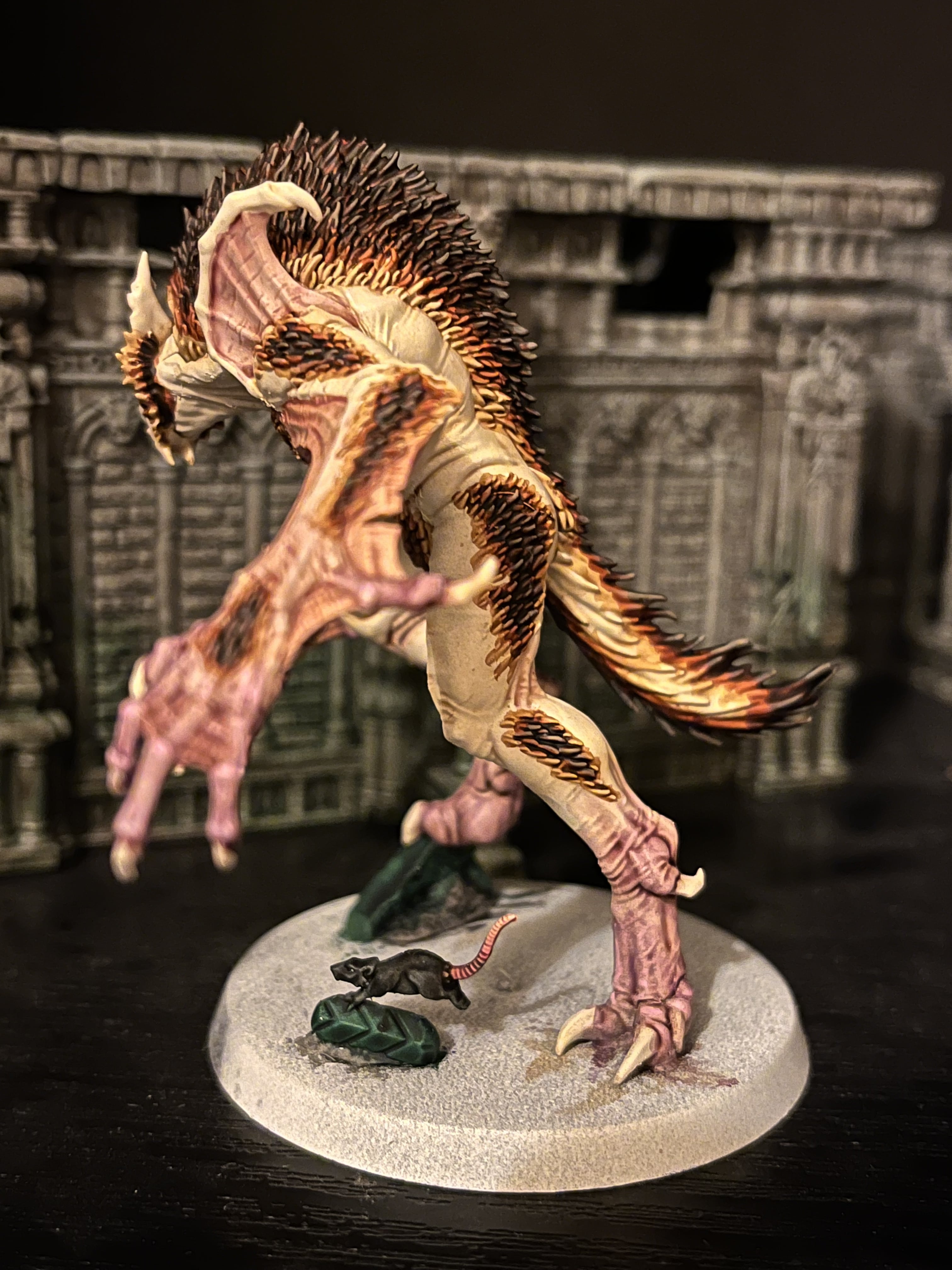 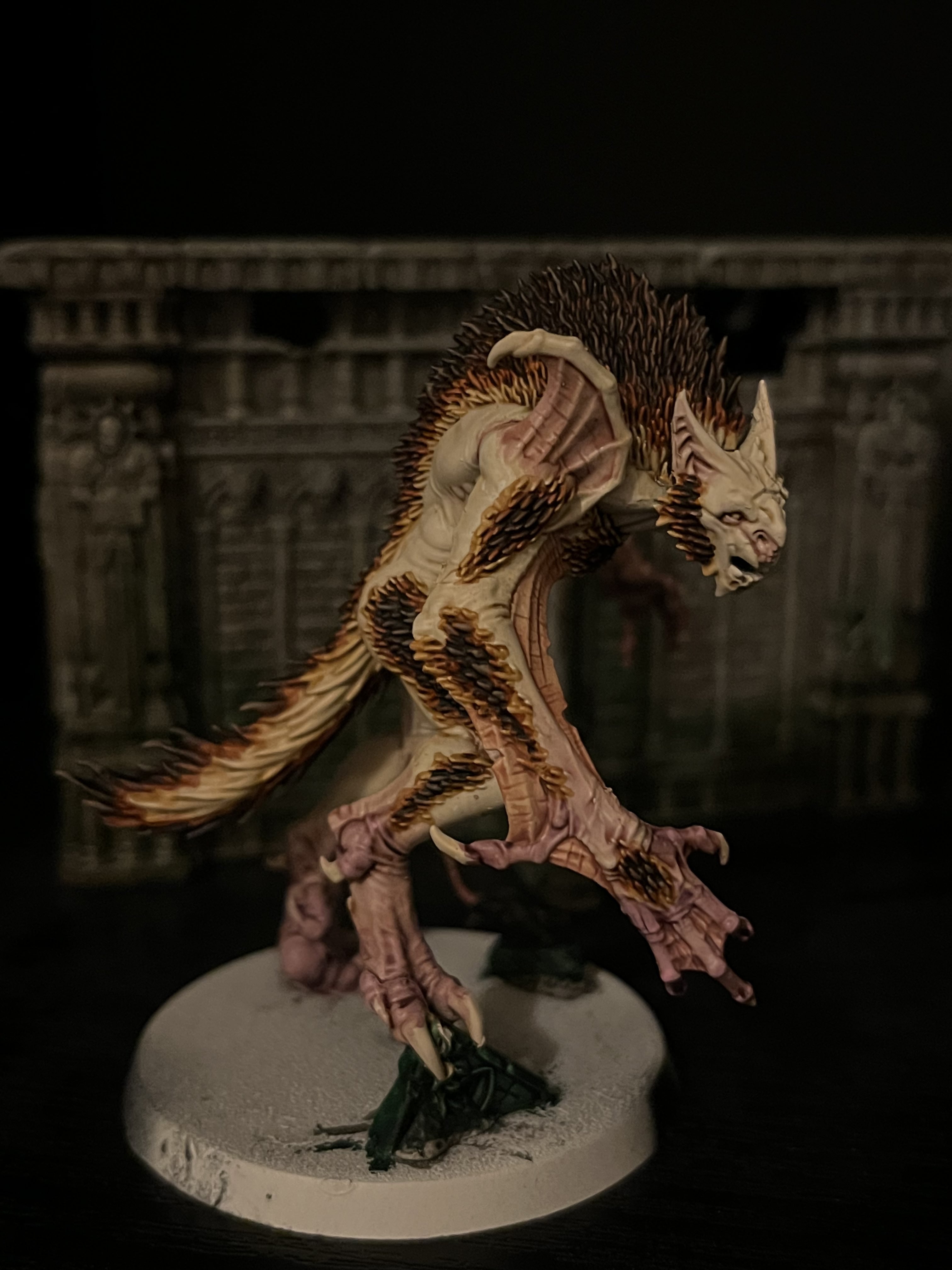 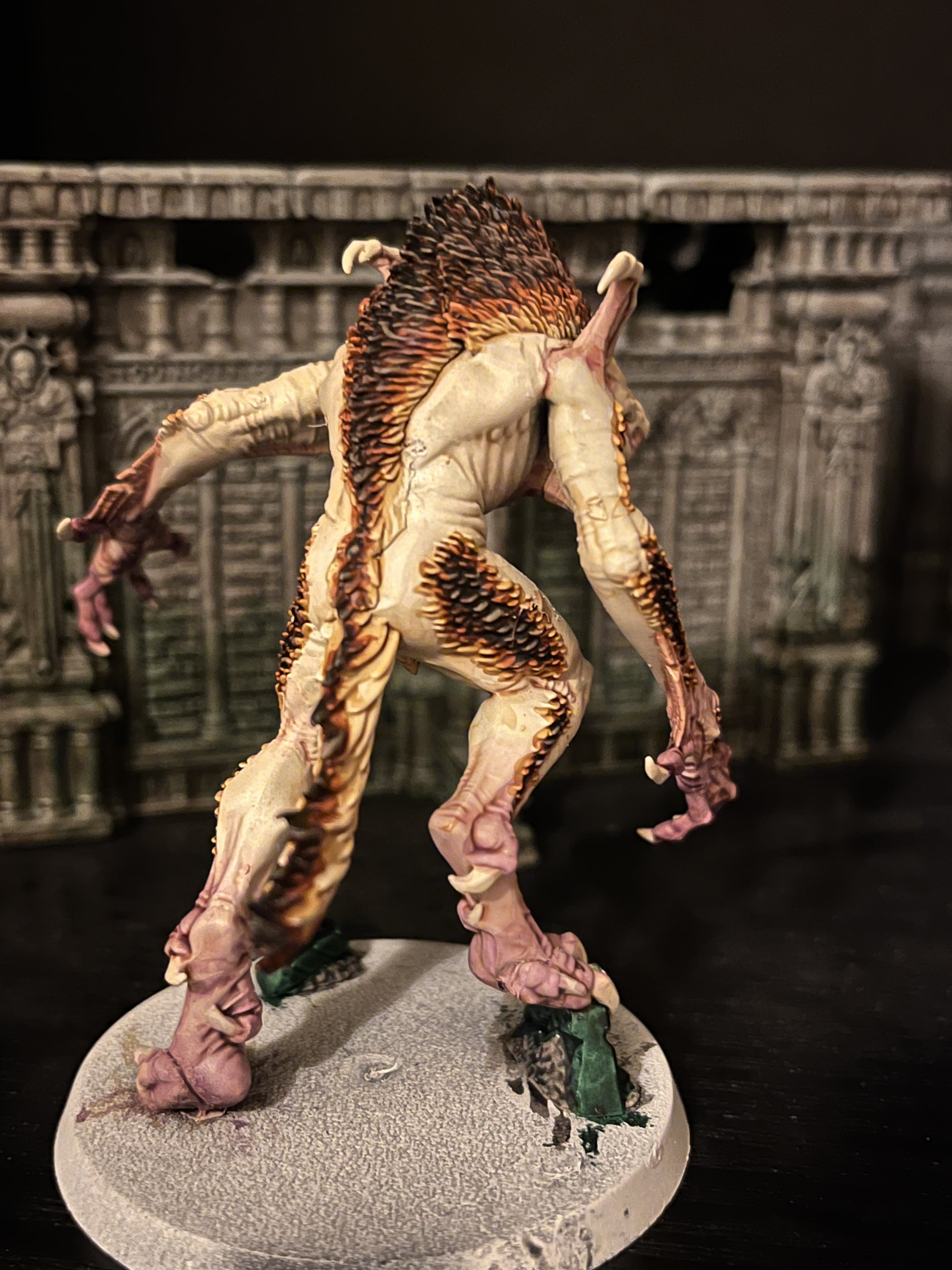 I also did a bunch of little rat bases from the Cursed City box set, ‘slapchopping’ my way to victory. My goal being to be try and get the whole set done before Halloween for a spooky game! I only have the heroes left to do now, but they’ll probably take the longest :S. I actually did these with my 8 year old daughter, and slapchop is perfect for beginner painters, they just have to worry about being neat, but they say great results. She really hated the drybrushing part though! 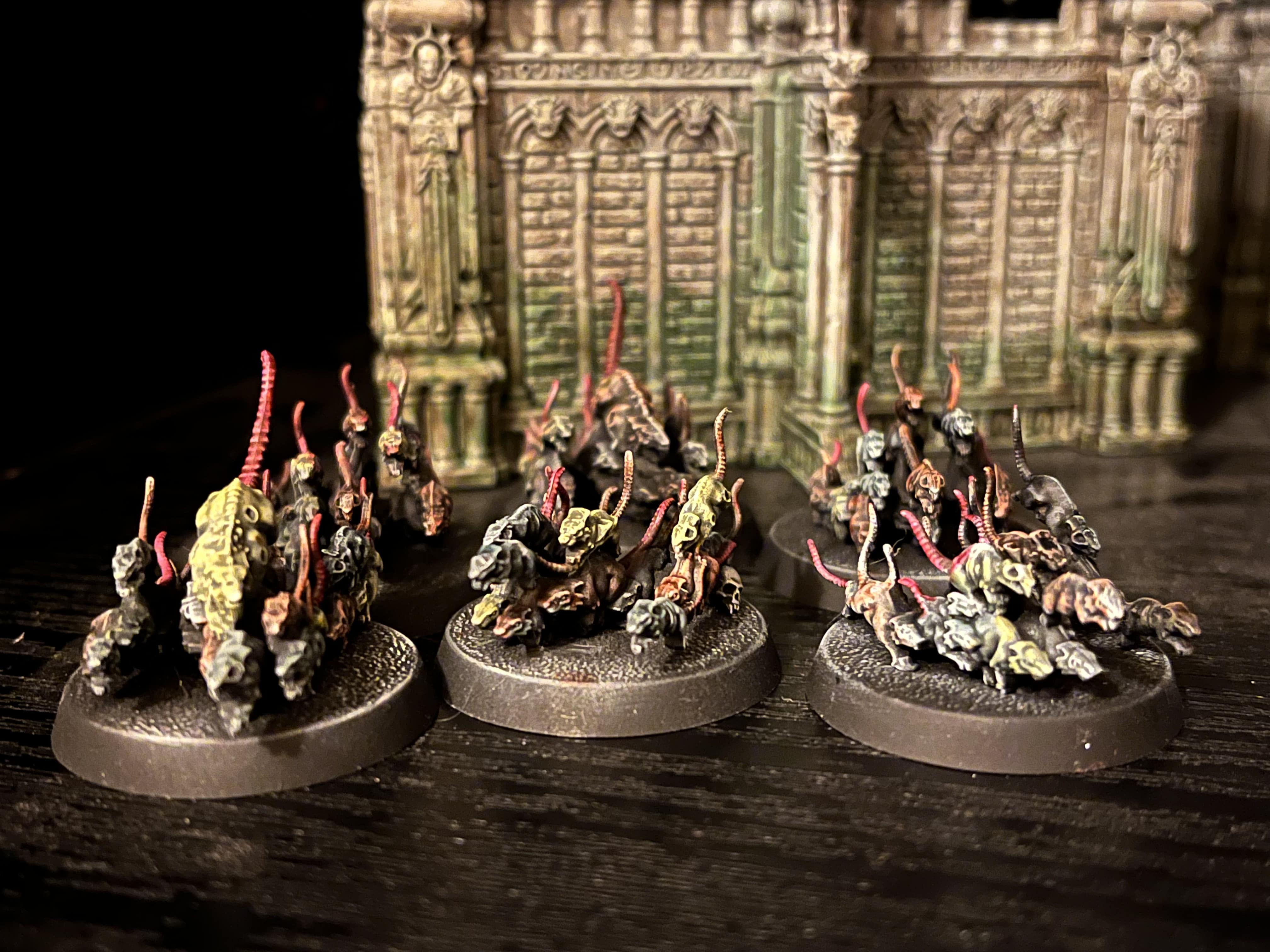 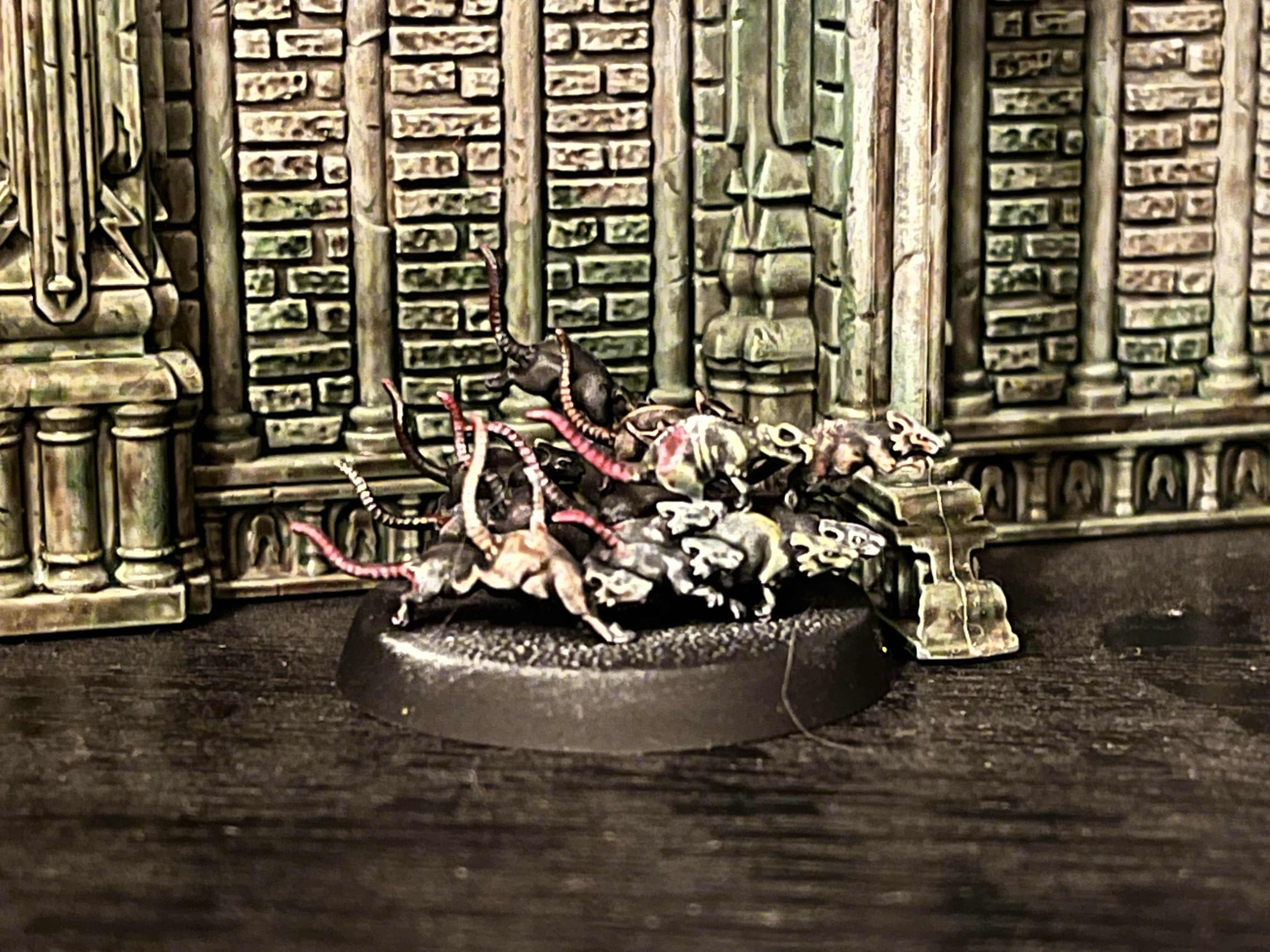 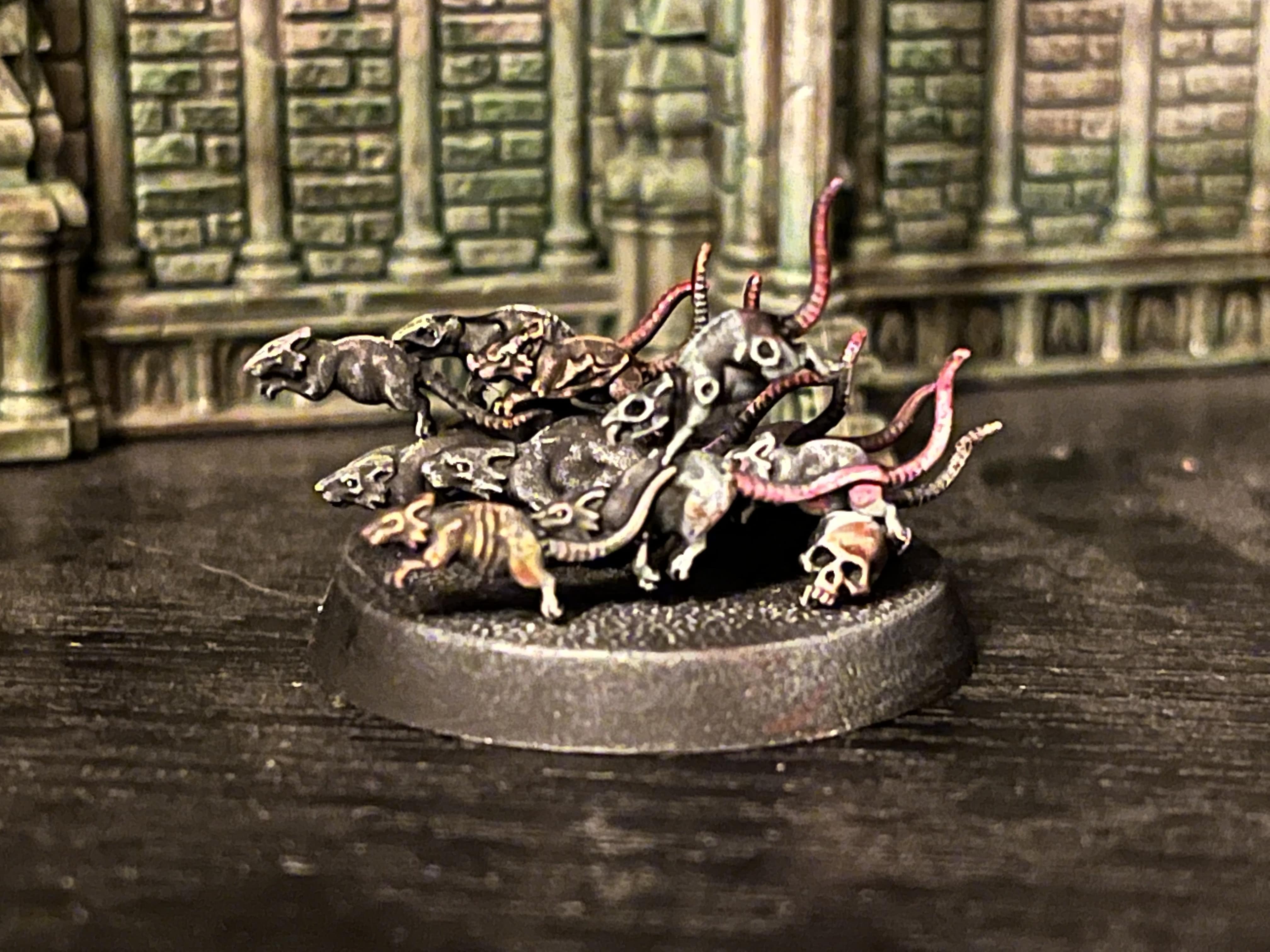 Me and a friend wanted to start a narrative campaign for Age of Sigmar using their Path to Glory rules, taking a smaller force and building it over time. We’ve not really had chance to use them yet but we wanted to do something a little different. We wanted to find a way to weave Warcry games into the narrative as well. The narrative rules for Warcry got a major uplift in the new version including… mother lovin’ injury tables! Hurrah! Ill do a longer post on this as we wanted to do this as a Hexcrawl/Map campaign, so we had to come up with some additional rules to tie it all together. But we got our first battles in and its full steam ahead!

My D&D campaign kicks off again in a few weeks after our summer break, so busily preparing for the next arc. Its hard to believe its been over 2 years since I started DMng. The campaign has come so far since I started with the starter set and it will be session 67 when it starts back. Our heroes are trying to find the last of Bowgentle’s artefacts and so the global nature of the campaign will open up for the first time, new challenges for me! The Goudafellas are also now level 11, and so in this arc its likely theyll get to 15 or so. They can already do some pretty mad stuff, so looking forward to seeing what they come up wth next!