Over lockdown and subsequently out of lockdown I had a lot of fun with Warcry, first with my family, and then introducing some friends later as the world opened up. Warcry excels at being a relatively simple wargame, that you can get through in less than an hour, that doesn’t require too much effort to learn but can give you some great moments.

I am in no way a competitive player, and am mostly “playing for the LOLs” (but if you are in to that, check out The Salty Sea). I am not actually that bothered if I win, I just want some cool ass moments and maybe an awesome winning play or two by any player! I also generally want the game to encourage hail mary’s … but not be overly punishing when you fail.

This is not an intro to Warcry, nor is it a article about how to win at Warcry. This is more … how I have more fun in Warcry! … which … may or may not be how you have fun … but thats cool! :D

I don’t yet have my own copy of Tome of Champions 2021 so don’t know what is in that yet… although sieges sound cool! So thought I’d put this together based on what I’ve being doing before… So without further ado, here we go! 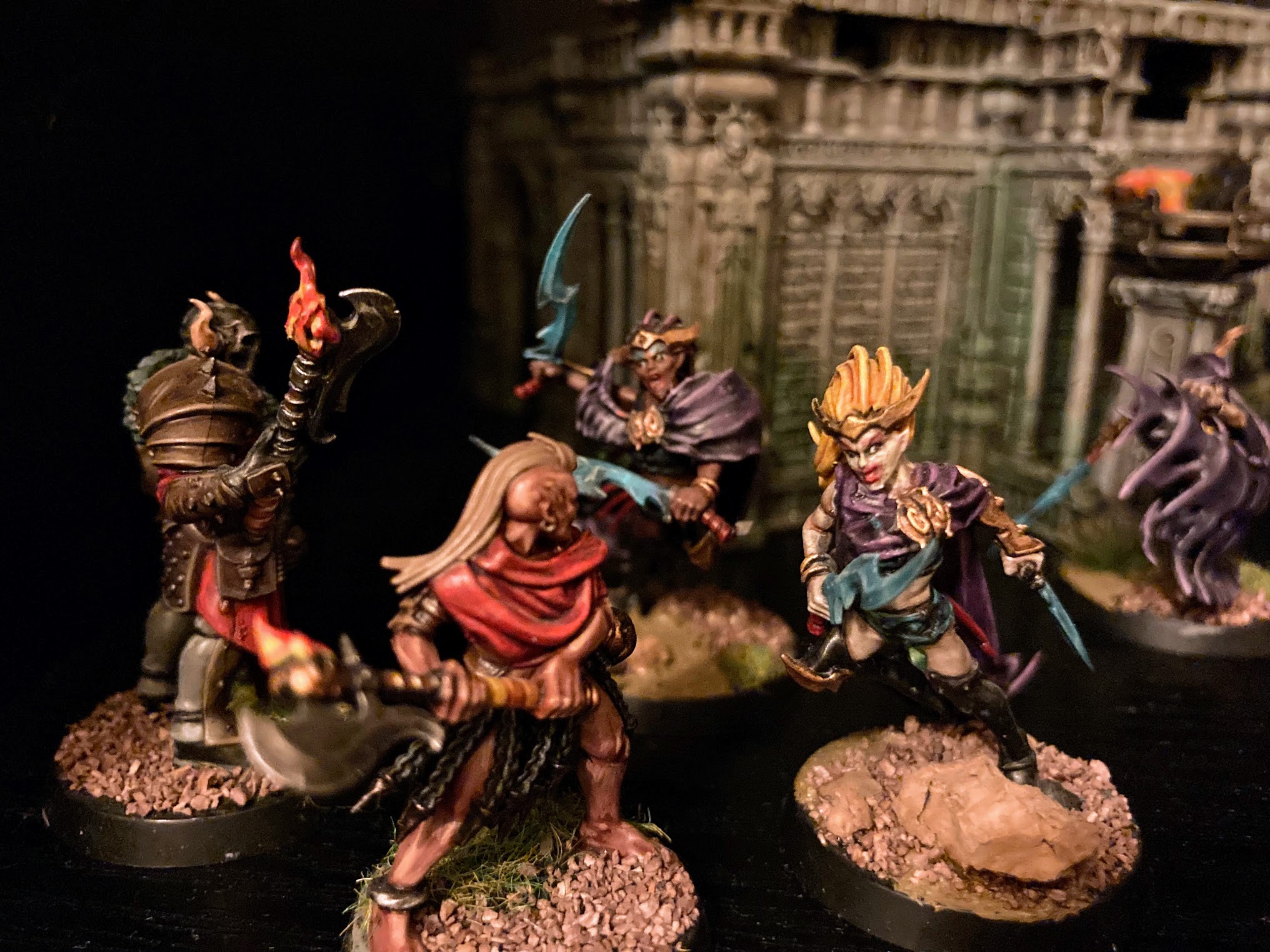 RANDOM ALL THE THINGS!

We’ve also found that whilst leaving the same number of ‘bring on Xpts of creatures’ cards in the deck is useful … once its happened in one round … you probably don’t want it in any other round, so just ignore any future draws of these cards after the first.

Also make sure you re-interpret the wild cards to make sense.

Last but not least, if you and any person you are playing with doesn’t like the twist card … just draw another and move on.

The “Tome of Champions 2020” (not to be confused with the Tome of Champions 2021 abovs :)) came with some rules for ‘Pit Fights’. These rules were to be used in 3 or 4 player games with a smaller model/point count, I presume because they give you a little more to do, but … my personal opinion… these rules should be in the main game… they not only make wild dice valuable beyond initiative, but also a little but of fun as you get to mess with your opponents attacks a little.

Without repeating the rules (although I am not sure you can even buy this book from Games Workshop anymore :S) the gist of it is that you can use your wild dice for ‘reactions’ to your opponents attacks, ie:

Sometimes, obviously, nothing happens, your favourite warband member ends up brutally murdered anyway … but sometimes … sometimes … it swings the favour of battle your way!

More terrain is better. Fill that board! Make sure there is loads of height! Make sure you remember the rules around recieving crits near the edge of something. I try and make my boards look like Necromunda but ‘warcry’-y rather than follow the suggested deployments.

If you have access to ‘Catacombs’, use the rules from catacombs around ‘weakened’ bridges even if your map is not set in the catacombs itself!

Use the boxed warbands

Whilst the content in the books that allow you to use any Age of Sigmar models is great, the warbands that come in the boxes as built to the suggested specs and variety, provide the most ‘fair’ experience. Sure some of them get fly, and some get loads of wounds or whatever, but I’ve found that games that involve those bespoke Warcry warbands have almost always been super fun and felt fair. When you make your own warband from the seperate books … theres some broken stuff!